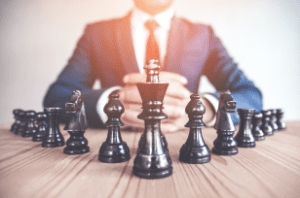 Chess is a complex game that can be broken down into many different parts, and improving your skill in any one of these parts can have a substantial effect on your overall play and rating. If you’re serious about studying chess, there are several chess drills that can help you improve your skills in one particular area of the game.

To improve your start at the beginning of the game, study a few chess openings until you thoroughly understand the basic moves, common counters to them, and proper rebuffs to those counters.

No one can memorize every potential move and always make the correct one, but your aim with this drill should be to memorize as many moves into the game as you’re able to. The more automatic your opening is, the better foundation you’ll have as games transition from their beginning to middle stages.

Opening studies are especially important if you play a lot of bullet or blitz games. These fast-paced games don’t leave much time for analyzing boards, and you need to immediately recognize the right move as much as possible during the opening. If you can react instinctively early on in these games, you’ll have more time at the end to consider various moves.

Tactics puzzles pose a particular problem that you have to solve. The goal of any one puzzle might be to do any of the following:

Puzzles may require anywhere from a single move to several moves, with harder ones requiring more thinking ahead.

Tactics puzzles are especially helpful if you want to improve your mid-game play. Recognizing moves automatically at this stage of a chess game is more difficult because there can be so many variations on the board. These puzzles will force you to get better at thinking through different complex situations and improve your methods of evaluation.

Endgame challenges are similar to tactics training in that these challenges pose various puzzles, but the puzzles presented by endgame challenges focus on specific and common end-of-game scenarios. For example, a beginner endgame challenge poses a king and two queens against a single king. The goal is always to get a checkmate as quickly as possible.

Studying endgames serves two purposes. First, it introduces the concept of efficiency because the goal is to checkmate in the minimum number of moves. Second, it helps you learn how to play various situations that you’ll likely come across late in games.

Endgame challenges are especially helpful to novice players. When you have a material advantage late in a game, knowing how to execute is often the difference between winning the game with a checkmate and ending in a draw with a stalemate.

Chess 960 is a variant that was developed by the chess legend Bobby Fischer. The game is played as normal, except the first rank of the king, queen, bishops, knights, and rooks is randomized. White’s first rank is set up, and black’s is made to mirror the randomized variation.

This version is called Chess 960 because there are 960 possible variations that the game can start in, and those atypical starting positions require some unorthodox strategy. As you encounter various non-standard positions, you’ll be forced to think innovatively. This skill translates into more innovative play when you go back to a standard chess game.